Ynysymaengwyn pronounced 'inisminegwin' was once owned by the local noble Corbet
family, and later by John Corbett (no relation), the Droitwich salt
magnate.

The estate covers a large area with many remains of the old buildings in and around the beautiful woodlands.

Many years ago the sparkling jewel in the crown of Bro Dysynni in South Merioneth was the Ynysymaengwyn Estate with it's stately home nestling in 40 acres of perfectly manicured lawns, beautiful gardens and majestic  woodlands.

It is a great tragedy that the majestic building is no longer here. However, much evidence of it's presence still exists. 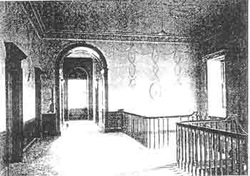 When the last surviving member of the Corbett family, Miss Mary Corbett, vacated the estate during the second world war the army occupied the premises and that signaled the end of the era of splendor. 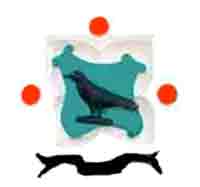 The "Salt King" John Corbett's Coat of Arms incorporates the symbol of the raven and can be seen displayed in Ynysymaengwyn Caravan Park.

The French for raven is "Grand Corbeau" from which the surname Corbett is derived. 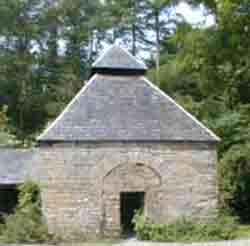 A unique Dovecote still stands on the grounds and the walled garden is a favorite with the children and adults alike, hidden in the woodland giving the impression of a 'Secret Garden